The Importance and Risks of being a Farmworker in North Carolina

We’ve all been to grocery stores and bought our favorite fruits and vegetables, and most of the time it was with little thought – we just grabbed and went on about with our days. However, we should start paying more attention to our fresh produce, where it came from, who picked it, and whether it was ethical? The heroes who harvest and pick our produce are sometimes overlooked and thought of as “low skill” workers – when in reality they contribute the most to North Carolina’s economy, while feeding the world.

North Carolina produces over 80 different types of crops and commodities, leading the nation in sweet potato, egg and poultry production, while ranking in the top three for Christmas trees, pork, and turkey.

A Closer Look
The North Carolina Farmworker Advocacy Network (NC FAN) reports that there are roughly 150,000 farmworkers in North Carolina, ranking the state at number 6 in the nation for the number of migrant farmworkers. NC FAN also notes that “each farmworker’s labor contributes over $12,000 in profits to North Carolina’s economy annually” which adds up over $1.8 billion.

Even though the farmworker population is vital to North Carolina’s economy, NC FAN reports that the national average income for farmworkers is around $11,000. In addition to low pay, most farmworkers do not have access to safety nets such as health insurance or other benefits. NC FAN says that almost half of North Carolinian farmworkers “cannot afford enough food for themselves and their families.”

Occupational Risks
Despite the important contribution farmworkers make to North Carolina’s economy, they are some of the most underserved residents, according to the North Carolina Farmworker Health Program (NCFHP).

The NCFHP says injuries are the most common risks to farmworkers due to repetitive movements and constantly leaning over, with few breaks. Farmworkers can also suffer from “high levels of heat stress, musculoskeletal pain and respiratory illnesses.” NCFHP says that the fatality rate caused by occupational risks is higher in North Carolina than the national average.

Other concerning issues that farmworkers face are chemical exposure due to pesticides, which can have long-term health effects such as cancer; neurological disorders; reproductive effects; and depression. Since agricultural work primarily takes place outside, farmworkers must endure all types of weather conditions, especially hot temperatures.

On the ground
Vecinos was incorporated as a non-profit organization in February 2004 with the mission of providing medical outreach and advocating for the social and economic well-being of farmworkers and their families.

Now with our new fully functioning mobile clinic, we are able to bring our services to the farms for easier access to our services!

During the current COVID-19 pandemic, Vecinos has provided free COVID-19 testing and through collaborative efforts with our partners, Vecinos has been able to provide COVID-19 vaccination at farm sites as well.

How you can help
There are many ways you can support the farmworker community!

One of the easiest ways you can help is by buying produce from farmworker friendly companies. The Fair Food Program is a “partnership among farmers, farmworkers and retail food companies that ensures humane wages and working conditions.” Some of these companies include Walmart, Whole Foods, Trader Joe’s, Subway, Burger King, McDonald’s and more. To learn more, please visit: www.fairfoodprogram.org. 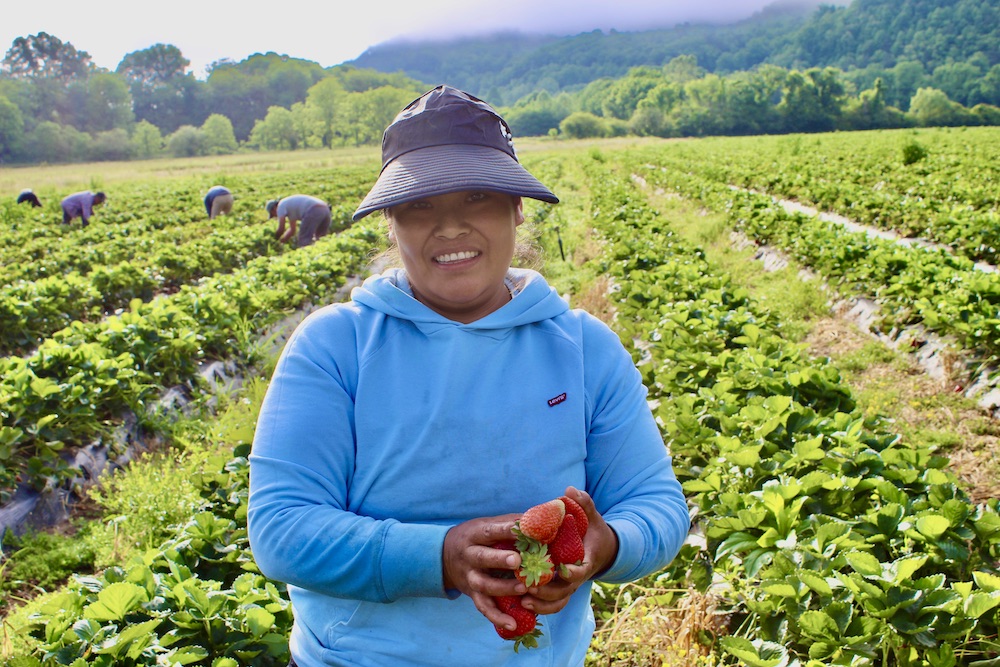 As summer tip-toes back into our lives, there are plenty of delicious fruits and vegetables being cultivated right here in our beautiful mountain region! Vecinos visited Darnell Farms in 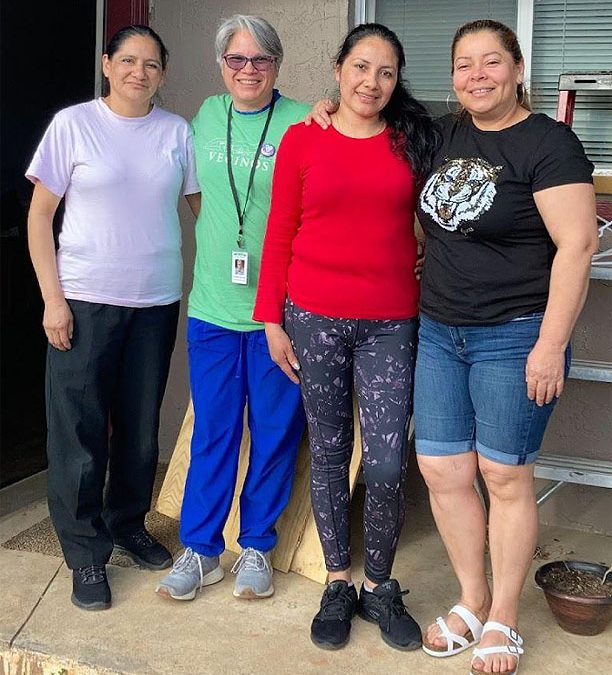 Check out our November 2017 Newsletter. If you’re not already subscribed, make sure to click the “Subscribe” link in the top, left-hand corner!