On October 25th, the House Judiciary Committee passed the Agricultural Guestworker Act (HR 4092), or “AG Act,” sponsored by Committee Chairman Bob Goodlatte (R-VA). The AG Act will replace the H-2A program with an H-2C program, providing 450,000 visas to migrant workers annually. Unlike H-2A visas which are meant for seasonal or temporary jobs only, H-2C visas will allow workers to take on positions in year-round activities like the dairy, aquaculture, and raw food processing industries. Farmworker advocacy groups like Farmworker Justice and Centro de los derechos del migrante oppose the Act, with Jessica Felix-Romero of Farmworker Justice calling it fundamentally “anti-immigrant” and “anti-worker.” Though the Act is already passed, we can continue to fight for farmworker rights by donating to groups like Farmworker Justice and calling or emailing our congressional leaders to speak up for farmworker rights. Here are some of the Act’s major components and how they affect farmworkers:

This part of the Act is intended to incentivize workers returning to their home countries, but it also prevents them from obtaining their full income while in the States. Many will not have access to their stored income for up to three years and must spend extra time and money seeking out an embassy or consulate once back home. This is incredibly inconvenient and unfair for the worker who is already being paid a non-livable wage.

The H-2A program requires employers to provide meal coverage, free or rental housing, and transportation for farmworkers. Though the standards are low and often result in poor, unsanitary living conditions and malnutrition, having a roof and some food is perhaps better than the alternative. The AG act allows employers to opt out of providing any provisions at all, forcing workers to use their limited wages to pay for the basic necessities or live in housing that no longer needs to meet standards set forth by the Department of Labor.

This component of the Act is certainly the most dehumanizing as it intentionally forces families apart and prevents children from coming to the U.S. with their working parents. It also fails to protect migrant families already in the U.S. and would likely result in deportation of family members without H-2C visas.

The Ag Act is essentially a modern form of indentured servitude as it strips migrant workers of any and all authority, keeps them in debt, and forces them to live and labor in unsafe, unsanitary conditions without hope for eventual citizenship. Though the Act is already passed, we can continue to fight for farmworker rights by donating to groups like Farmworker Justice and calling or emailing our congressional leaders to speak up for farmworker rights.

The Agricultural Guestworker Act of 2017: https://judiciary.house.gov/wp-content/uploads/2017/10/Ag-Act.pdf

Check out our March 2018 Newsletter. If you’re not already subscribed, make sure to click the “Subscribe” link in the top, left-hand corner! 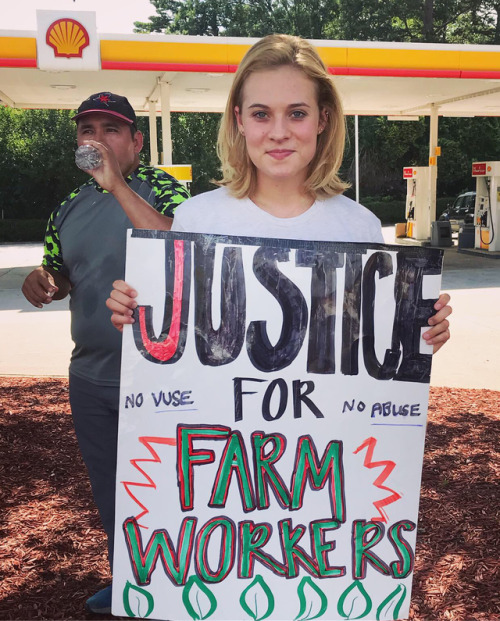 Internships are a great way to learn or apply skills, as well as a way to give back to the community. Vecinos offers flexible, unpaid internships throughout the year

...the EPA announced likely changes to three rules: the minimum age requirement for handling pesticides, the need to establish a designated representative who receives pesticide safety information from the employer